Brief description:
The colonial city of Valparaíso presents an example of late
19th century urban and architectural development in Latin
America. In its natural amphitheatre-like setting, the city is
characterized by a vernacular urban fabric adapted to the
hillsides, contrasted with a varied geometrical layout in the
plain, and highlighted by church spires of great variety.
The city has well preserved its interesting early-industrial
infrastructures, such as the numerous ‘elevators’ on the
steep hillsides.
....

Historically, these two hills, separated by Urriola Street, form a single
neighbourhood. To a large extent, this was planned and
developed by German and English immigrants, starting
from the first half of the 19th century. The area combines
the different types of public spaces of Valparaíso: squares,
viewing points, promenades, alleyways, stairways, the
elevators’ top station and the havens usually formed by
street intersections and bifurcations. The buildings have
examples of different ways of adaptation to the inclined
terrain, including the use of the roof as a fifth façade. The
traditional residential architecture incorporates the styles
characteristic of the native countries of the first
inhabitants, the British and German immigrants. Wood is
the predominant building material, both in structures and
finishes, but corrugated metal is also common. The
materials were often imported as ballast on ships that
would return loaded to Europe.

Justification by the State Party (summary)

The universal value of Valparaíso lies basically in that it is
an exceptional section of the heritage left by a period of
history with worldwide implications that typified the
modern age - the industrial age and its associated trade. On
the one hand, Valparaíso is an extremely authentic, integral
testimony of that period and, on the other hand, it is one of
the monuments which shows the creative, globalizing
ability of the universal culture of the decades around 1900
with a greater degree of consistency and harmony.
Criterion iii: Few eras in the history of humanity have led
to such significant changes in people's lives in such a short
period of time as the Industrial Age. This is true not only
because of particular changes in labour and production
relations, but particularly because of the high degree of
creativity that it was able to introduce into all kinds of
things. This process had undoubtedly achieved such a
depth and extent towards the end of the 19th century that
one can say that it constituted a cultural tradition that was
able to propose a way of life, a way of seeing things
(Weltanschauung), a morality, particular customs,
technology, scientific know-how and a series of schools of
art. This culture disappeared in the 20th century.
Few towns conserve those testimonies, for their ports had
to be transformed, new warehouses had to be built,
railways had to be modernized and their urban fabric had
to be transformed to incorporate modern buildings. In
contrast, after having been the first major port after the
difficult passage through the Strait of Magellan and having
become the most important port in the South Pacific,
Valparaíso stopped forming part of international trade
routes after the opening of the Panama Canal. This
circumstance, which meant that the town entered into a
process of economic backwardness, has led to the fact that
it is now an exceptionally authentic example of that
cultural tradition.

The exceptional nature of this property, however, does not
only lie in its tremendous authenticity, but also in the
series of highly innovative human creations that this
cultural tradition was able to produce to cope with a
peculiar geographical milieu. To do so, it availed itself of
the best of the age’s industrial tradition and technologies,
of avant-garde architecture, of vernacular influences
introduced by immigrants and sailors, of a spirit of enterprise and of the will to consolidate a modern,
progressive urban community. 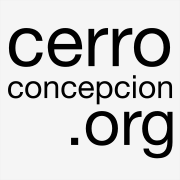